Since 1890, McConkey Insurance & Benefits has been a locally owned and operated company providing financial security for businesses across the globe. Licensed in nearly all 50 states and with a client presence in over 20 countries, McConkey prides itself in being one of the Mid-Atlantic region’s oldest and most respected insurance brokerage firms. With nearly 100 members on the McConkey team, their service platform is second to none. McConkey is proud to say that even 130 years later, our core values and commitment to our clients and community has never wavered.

McConkey is an independent insurance agency offering a comprehensive suite of insurance solutions to protect your business and your life from the unexpected. We don’t just sell insurance. The McConkey team works closely with clients to help them make important and informed decisions every day when it comes to protection and their future.

Because we’re independent, our priority is you. We represent many different insurance companies which offer a wide variety of coverage options, price points and risk management services. Our goal is to deliver the right blend of price, coverage, and service for your insurance needs.

We believe in committing ourselves to performing at the highest levels in each and every component of our business. The quality of even our smallest actions reflects our dedication to this value.

We hold ourselves to the highest standard of professionalism, honesty and ethics. Our behaviors will instill the highest level of confidence and trust to others. We are fair and respectful in our interactions and conscientiously steward the resources entrusted to us.

McConkey’s strength comes from our people. We are committed to teamwork. We believe that the contributions from each person of their skills, knowledge and experience creates a team greater than the sum of its parts. Our dedication to teamwork creates a workplace where opportunity, openness, enthusiasm, accountability and a sense of purpose combine to provide a rewarding professional experience that promotes fairness, dignity and respect for all team members.

We work in collaboration with our business partners to improve their risk management and protect their bottom line. We encourage our employees to develop bonds with our clients and really understand their needs. We also collaborate with our carriers to develop marketplace solutions that meet the needs of our clients’ ever changing environments.

Our organization is committed to being leaders in identifying progressive solutions to meet the needs of our business partners. New ideas, creativity and passion for excellence are integral components of our work environment.

McConkey values the legacy we carry and the traditional values that have developed our company since 1890. We hold on to the enduring principles learned and taught throughout the years. 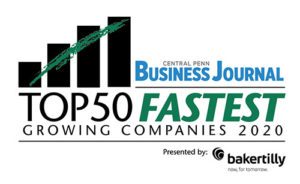