A track record of smart advice since 1890.

People say that you should never forget where you came from, and at McConkey we live by that philosophy every day. We strive to offer the same caring, friendly service today, as we did on the very first day. 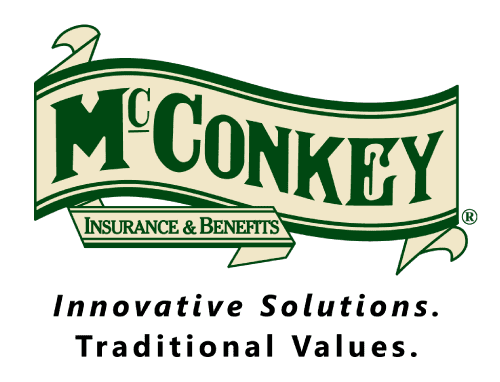 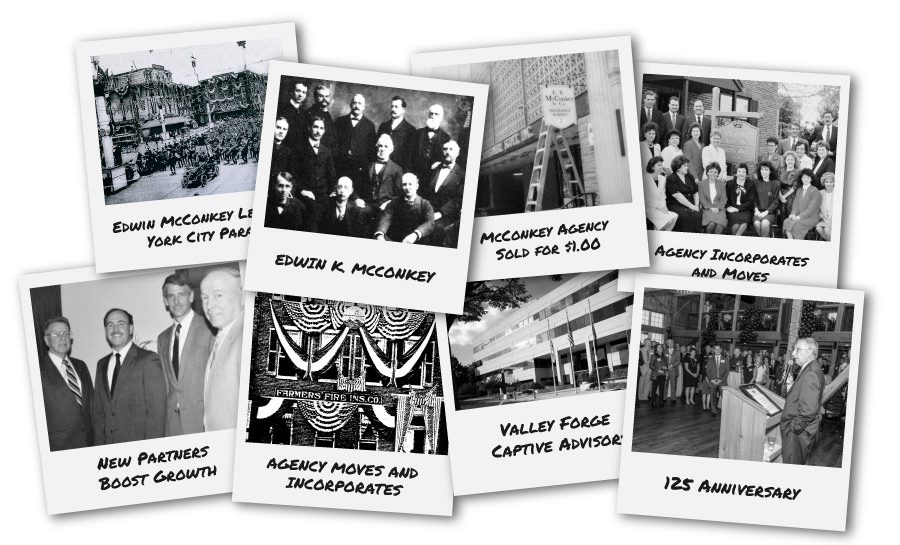 McConkey Insurance & Benefits has a significant history that dates back to its inception in 1890. That’s the year Edwin K. McConkey, an employee of the Farmers Fire Insurance Company, started the agency to have a local outlet to sell policies for his insurance company. In addition to being employed by the insurance company and running his agency, he also served the Commonwealth of Pennsylvania as a state senator. It’s also interesting to note that he was the first Yorker to drive an automobile. Mr. McConkey died in 1910.

Upon Mr. McConkey’s death, his wife sold the agency for $1.00 to a family member. The agency remained a small family agency for many years.

In the 1950s, Jack Barnhart became employed by the agency. When he took over, the agency had just four employees. Barnhart began to grow the agency, concentrating on commercial insurance. He targeted York’s largest and best run businesses as customers. As the agency grew, he added Thomas Hamm as a partner in the late 1960s and Maurice Bobst in the early 1970s. They contributed greatly to making the agency one of the finest in Central Pennsylvania.

Over the years described above, the agency was located at 53 East Market Street in downtown York on the second floor of the Farmers Fire Insurance Company. In 1986 McConkey was incorporated as E.K. McConkey & Co., Inc. with Barnhart, Hamm, Bobst and Henry J. Christ, III as shareholders. In 1987, success dictated that the agency move in order to operate more efficiently and to accommodate further growth. The agency doubled its square footage by moving to a location at 497 Hill Street in Spring Garden Township.

The agency continued to grow at a rapid pace through organic growth and by acquisition. In the late 1990s, the agency merged with Yorkwright Insurance, Inc. This merger gave the agency additional personal automobile and homeowner’s volume to allow the agency to compete favorably for these lines of coverage.

In 2001, the agency merged with NL Associates, one of the leading life and benefits agencies in York. This merger nearly tripled the size of the benefits department. This merger, coupled with property/casualty growth, forced McConkey to again look for more space. As a result, McConkey moved to its current location in October 2001.

The agency celebrated it’s 125th year in business with a year full of giving back to the local community.

WHO WE ARE TODAY

Today our award-winning team is more than 95 employees strong and continues to grow with two locations in PA. By following the same core values and business model since our inception, our priority continues to focus on offering an unmatched service platform to our existing and future client base, keep our team-based approach in everything we do and actively contribute to our wonderful community.