What Our Clients Say About McConkey Insurance & Benefits

McConkey’s Surety Team is very responsive and accommodating. They are also extremely knowledgeable of the local construction marketplace, and I find their feedback very valuable.

Your longevity is a testament to your commitment to customer service. The quality of your work and attention to detail is second to none!

Learn more about contractor insurance so you can make an informed decision on your coverage.

As a contractor, your business may be susceptible to many risks, such as claims due to bodily injury, property damage, personal injury, and more. And, if you hire other contractors to perform work on your behalf, you can be held responsible for any damage they cause on the job.

Commercial general liability insurance is an absolute necessity for every contractor. This type of protection provides broad coverage for premises, operations, products, and claims to third parties or property when you are deemed responsible and liable. It will also pay to defend any covered lawsuit or action regardless of its merit.

When a fire, theft, or another type of disaster strikes, your commercial property and everything within it can suffer a significant loss. This can have a detrimental effect on your business.

You’re constantly moving your tools from one job site to another, exposing your contractor business to potential loss due to damage or theft. And without your specialized tools and equipment, your job site may come to a screeching halt.

Builders risk and installation insurance provides coverage for homes or buildings while undergoing construction, until they are completed. The policy covers the contractors’ interest in materials at the job site before they are installed, construction materials in transit designated for the contractors' equipment insurance–a policy specially and the value of the property being constructed until it is completed.

If one of your employees receives an injury or becomes ill due to a work-related occurrence, you are required by law to have the proper coverage in place.

As a contractor, you have many exposures associated with your business vehicles–owned or leased. With a fleet of cars, trucks, vans, or other types of vehicles used in the course of business, a single accident can potentially put your contractor business in financial jeopardy.

If you are performing as a contractor on a construction project where other contractors and vendors are involved, you could be held liable for any damages or injuries caused by the other contractors or vendors, leaving you with costly legal fees and settlement costs. Your business needs to be protected against the risk of some other company, vendor or subcontractor causing damage to people or property of your mutual customer.

Consider having a contract in place with each entity that includes a hold harmless agreement in your favor. A hold harmless agreement provides that the entity will hold you harmless for any injuries or damage caused by their negligence. In addition, the contract should require that the entity list you as an additional insured on their policy. This may provide you with coverage under their policy for injuries or damage they cause if you are named in a lawsuit.

Losses and lawsuits are quite common in the construction business, and settlements can be substantial. If your business is found to be responsible for damage or injury on the job site, you could be facing a large liability loss that exceeds the basic limits of your standard policy.

You should consider purchasing a commercial umbrella insurance policy which provides higher limits, typically between $2,000,000 and $10,000,000, and often broadened coverages. Coverage is extended over various policies, including general liability insurance, business auto, and directors and officers liability insurance.

Our success is rooted in our commitment to our clients to provide more than just a bond, but an understanding of your business plan and the construction of a bond program to accomplish your goals. We proudly can trace our longest continuous construction client relationship back to the 1940s. We would not be able to accomplish this without our unique team approach. We are structured differently than most brokers because we are not a group of individual producers with their own clients. We are a team that is responsible for servicing all McConkey clients.

Since 1890, McConkey Insurance & Benefits has been a locally owned and operated company providing financial security for businesses across the globe. Licensed in nearly all 50 states and with a client presence in over 20 countries, McConkey prides itself in being one of the Mid-Atlantic region’s oldest and most respected insurance brokerage firms. With nearly 100 members on the McConkey team, their service platform is second to none. McConkey is proud to say that even 130 years later, our core values and commitment to our clients and community has never wavered. 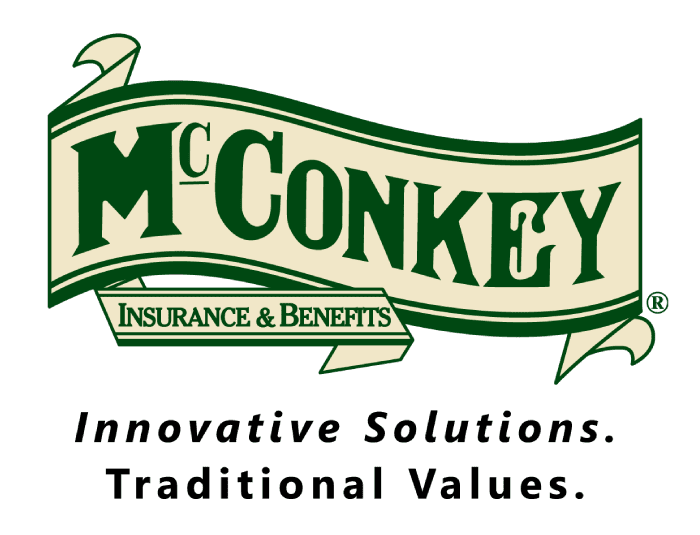